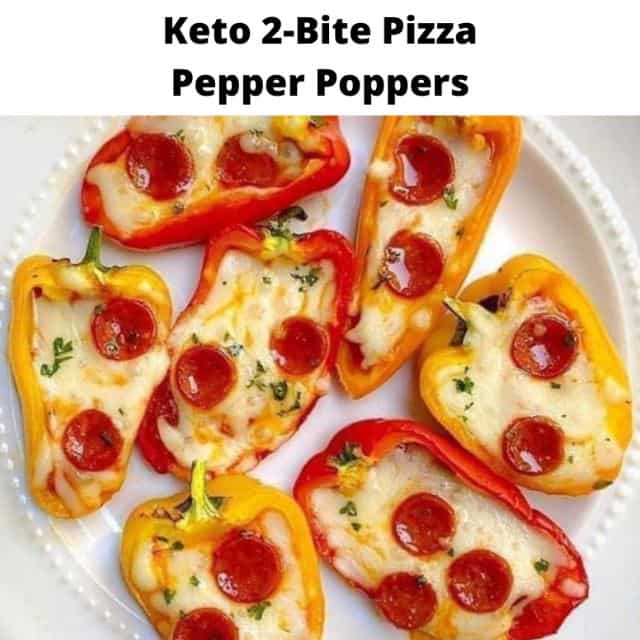 What’s for lunch today! Today we’re going to be making a Keto 2-Bite Pizza Pepper Poppers that is keto-friendly. We’re going to need five mini peppers sliced in half, one half cup marinara sauce but pizza sauce has a little bit less carb so I’m going to go with pizza sauce, one half cup mozzarella shredded. I have mozzarella and not smoked provolone cheese mini pepperonis. I don’t have many pepperonis I’m just going to be using regular pepperonis just chopped up and olive oil to drizzle on the peppers.

So let’s begin so the first thing that you want to do is preheat the oven to 350 and get a baking sheet and spray it with olive oil nonstick cooking spray and lay your five mini peppers that are cut in half on the baking sheet. These will make really good delicious appetizers that are keto-friendly. Then you want to drizzle them with olive oil.
I’m going to go ahead and just use my little sprayer and spray it and I have half a cup of pizza sauce because it has fewer carbs than marinara sauce and I’m going to put a spoonful in each pepper half and I may have more these peppers are kind of small. I may have more of the sauce and cheese and stuff so I may make more of these but we’ll see how they turn out first.

Everyone loves pizza so I think these will probably be very tasty. I was going to use some of the mini red peppers but they were way too small they are called two-bite pizza pepper poppers. It’s almost a tongue twister and next you want to take your mini pepperonis or in my case regular pepperonis just cut up and put them on top of the peppers and put as much or as little as you like.