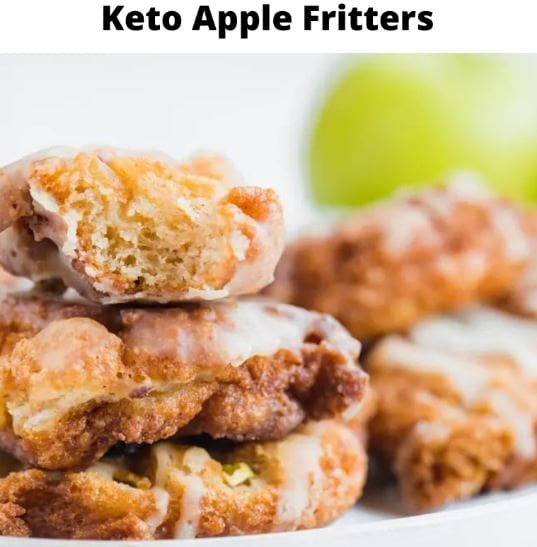 These gluten-free, Keto Apple Fritters are filled with apple cinnamon flavor and are fried to create a beautiful crispy shell around this sweet, buttery low carb donut.

How to Make Keto Apple Fritters

a mixing basin with almond flour and other dry ingredients

cooking apple fritters in a skillet

A little bowl with keto glaze

I discovered a way to make the apple fritter doughnut, a famous and traditional American donut that is enjoyed by many, very low carb and keto friendly! It’s amazing how much they taste like authentic apple fritters despite not containing any apples, and these keto apple fritters are simple to make.

Actually, since we substitute zucchini for apples to reduce the net carbs, these fritters should be referred to as keto zucchini fritters. We utilise a strong apple essence blended with lemon juice and cinnamon to resemble a crisp granny smith apple to give these keto doughnuts an apple flavor.

With the creamy icing or even melted butter on top, these keto apple fritters are delectable.