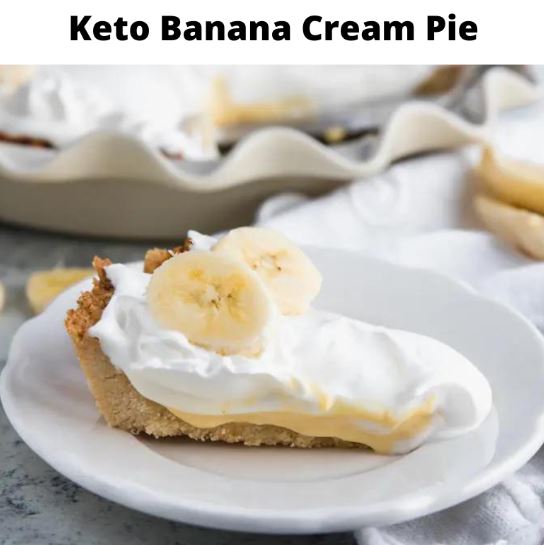 A traditional cream-filled pie made keto. Without using any bananas, the filling of this Keto Banana Cream Pie is smooth and creamy with a banana flavour. Crisp shortbread keto pie crust with a rich whipped cream topping.