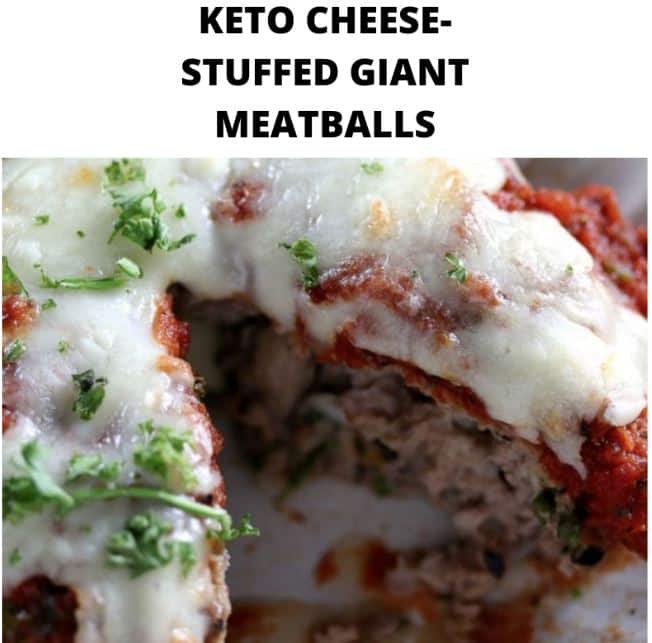 KETO CHEESE-STUFFED GIANT MEATBALLS. In Japan, Whether it’s flan cake, donuts, sushi, or even meatballs, it’s pretty popular to make a “giant” version of whatever dish you want, in any cookbooks or blogs, you can always find gigantic versions of any dishes. I decided to make up for the pasta by making some homemade meatballs and making them ginormous as I used to love eating spaghetti and meatballs!

As they’re pretty big so these end up really stuffing so accompanied with a small salad, I had one meatball for my lunches this week and that was more than enough. You are more than welcome to make 6 or 8 if you feel like making four meatballs is too much calories.