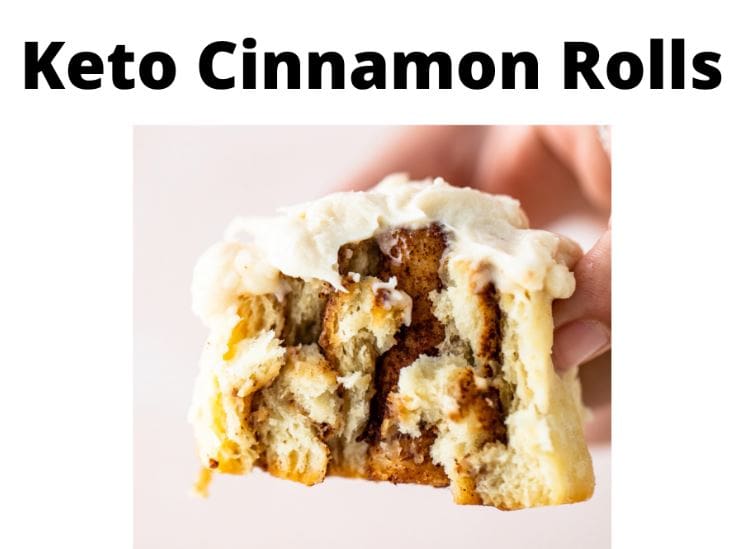 These yummy & delicious Keto Cinnamon Rolls will rock your world and it’s easy and fast to make them! They are not only buttery but soft and sweet too. Keto Cinnamon Rolls have the best cream cheese icing ever. You can whip them up quickly and easily.

How much do I love cinnamon rolls?

This beautiful warm smell that wraps itself around you like a fluffy warm duvet and fills the house. Just like stroking kittens does, smelling cinnamon rolls releases my happy hormones.

The taste! right now, can you picture biting into a freshly baked cinnamon roll? Into that fluffy, gooey goodness, sinking your teeth? It’s like I have arrived IN THE NOW when I bite into a cinnamon roll. To achieve this state of enlightenment, there are people that meditate for years. I am telling you.

Using grain free flours such as almond or coconut flour, I have tried many versions of healthified(meaning: no-wheat, no-yeast, no-grains, no-sugar)cinnamon rolls. They all taste great, but to truly resemble the original, badass cinnamon rolls of my youth, their texture is either too cakey or crumbly.