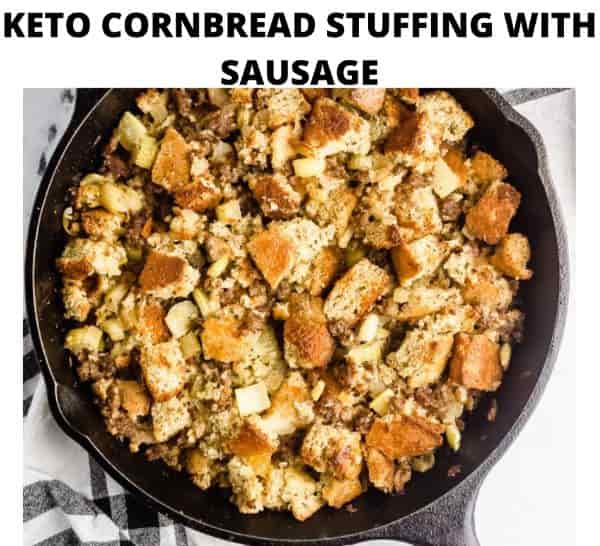 KETO CORNBREAD STUFFING WITH SAUSAGE. Made with savory sausage and low-carb cornbread will soon become your new favorite holiday tradition. It’s easy to make, and from a traditional Thanksgiving Stuffing recipe, has all the same yummy flavors you expect. It’s so good, even the non-keto eaters will love it so make a big batch and serve it to your family and friends!

I’m so excited to bring your this recipe. You will be amazed at how delicious this low-carb stuffing tastes by taking just one bite!

At your next holiday gathering this keto cornbread stuffing is sure to be a big hit. No need to make both a “regular” and a “low-carb” version as it’s a recipe that your whole family will enjoy! It’s just that good.

As traditional stuffing recipes, keto Cornbread Stuffing has all the same yummy flavors. The only difference?