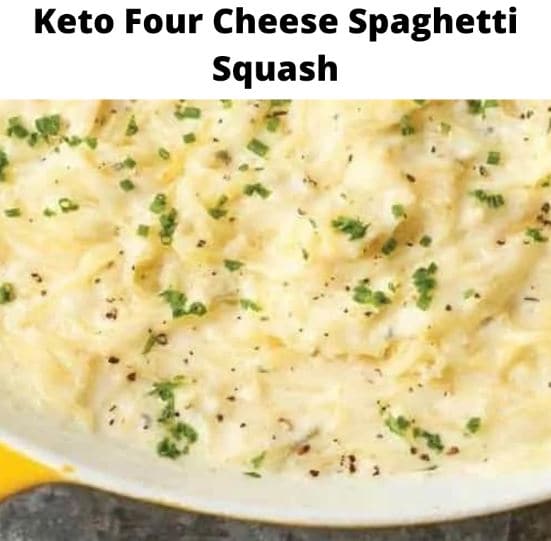 Keto Four Cheese Spaghetti Squash. Low-carb four cheese spaghetti squash is in and traditional high carb spaghetti noodles are out. Did we say a bunch of cheese?

Relatively foolproof, in both preparation and taste. I mean, when tons of garlic, heavy cream, and cheese come together and adorn one of fall’s favorite vegetable, what could possibly go wrong? Nothing. Absolutely nothing.

The flavors on point and the presentation is quite impressive. A gentle scraping of a fork across the surface of the spaghetti squash reveals tender strands of “spaghetti” once fully cooked. The strands mix into the other add-ins, creating a sumptuously aromatic, and a decadent seasonal pasta experience while you scrape away at the squash, only without all the calories and carbs.

A good source of vitamin A, vitamin C, calcium, magnesium, vitamin B6, and iron.