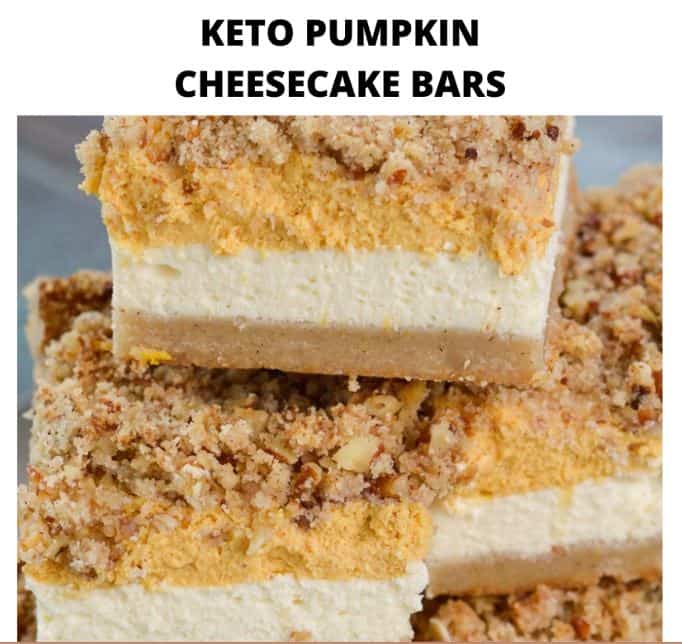 KETO PUMPKIN CHEESECAKE BARS is that specific low-carb dessert that represents the best of both worlds — part cheesecake and part pumpkin pie so that you can get both flavors in a single bite. The bars are layered with a top pumpkin layer, a middle cheesecake layer, and an almond flour crust.