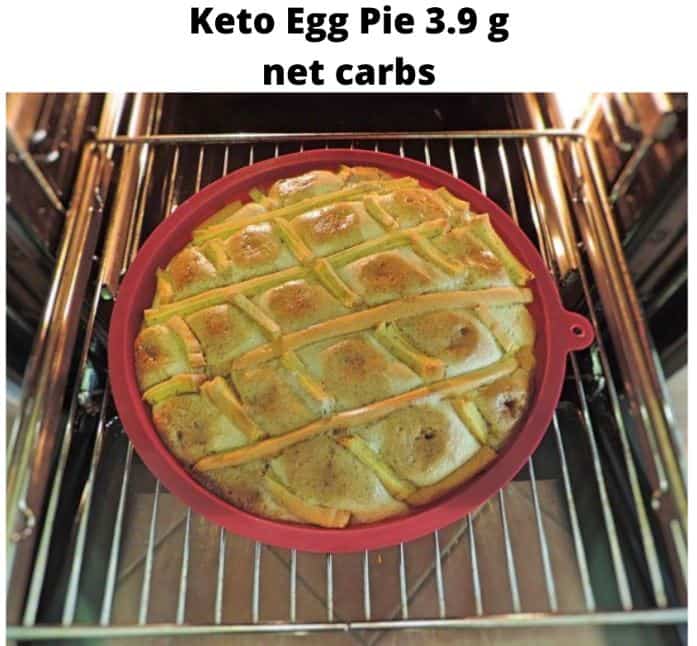 The truth is that eggs are simply awesome, whether you believe in egg fasting or not, and there’s just so much you can make with them! Namely, Keto Egg Pie 3.9 g net carbs, which consists almost solely of eggs, cream cheese, and butter.

The amount of fat is lower than the egg count. By pouring a tablespoon or two of melted organic coconut oil over a slice before serving it you can solve this “problem”.

The crust and the decoration strips